The Meaning of Transformation

We had our first session of a new Transformation Group this Monday. Twelve of us met in my living room and started building a safe, supportive group in which to share our intentions, challenges, and victories over the next six months. It was a wonderful time, and I was moved by the vulnerability and honesty of beautiful people.

In preparing for the session that night, I thought about what “transformation” really means. In the middle of that very, super deep process, a college friend on Facebook teased me about using the word:

“Well yeah that’s what we do in the group. There’s two teams, costumes, and we just transform all night. robot-car, robot-train, robot- helicopter. it’s sweeeet” 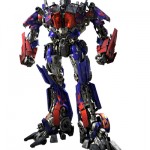 It’s good to shake up our assumptions around words, and realize that we might be taking for granted that everyone else views them the same, when they actually see them through some totally different lens, like through…childhood toys. So here’s where my meditations led me:

Transformation is about realizing that our human world is operating in a reactive way that causes destruction in our environment, business, politics, and in relationships. It’s about choosing to operate in a creative, conscious way, instead. Transformation shows up differently for everyone. But being in a transformational process means that you are seeking to understand and shift your patterns of thinking and behavior that are based in victim consciousness towards a Creator consciousness. As we each do this personal work, we also shift global patterns that mirror our own. This is why the word “transformation” represents the breadth of this shift for me more than “change” would. As an example, this attitude:

“Those guys attacked our country, so we’re going to attack them, their neighbors, and anyone who looks like them”.

is of the same energy as:

“I trusted a man before, and he hurt me so much, I’m going to make sure I hurt someone I’m dating way before they get a chance to hurt me”.

Though on a very different level, that energy of lashing out against anything that reminds of us something that hurt us is the same in both examples. So if a woman who has been hurt in the past by men, and has many reasons to never trust them again, finds a way instead to love other men anyway, she has demonstrated the kind of wisdom and forgiveness that we hope groups of people can accomplish. (Note: I do believe that we do sometimes need to “go into battle” with a person or other entity. However, we need to make sure that we are battling with the right person/entity for the right reasons.)

Here is a video on forgiveness that someone shared to open our Transformation Group.

We have to have compassion for the parts of us that have lashed out, blamed everyone else, felt victimized. Much the same way, we have to have compassion for the human condition, which often experiences itself as the perpetrator or the victim. And we need to call ourselves and our world up to a new experience of Being that is creative, not reactive. This is transformation, to me now. How do you describe it in your life now?