Cultivating Wise Innocence Why People Lie to You, and What to Do About It

The Spiritual Value of Competitive Sports

I live in Denver. We’re going to the Superbowl this Sunday in case you haven’t heard. I’ve always enjoyed watching sports, though I don’t have teams that I feel fiercely loyal to. Maybe because I’ve moved around quite a bit. I do remember loving when the apple came up out of the hat for home runs at Shea Stadium as a kid, so there’s that. 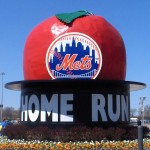 It’s been fun to feel the high energy around the Broncos, and it’s made me think about what we get out of competitive sports. This isn’t everything, but here are three spiritual values I believe events like the Superbowl give us as a society.

In 2013 the Superbowl was watched by 108.4 million people. Any time large numbers of people focus on one thing, there is a lot of power coursing through that amount of shared attention. When we watch the Superbowl on Sunday, over one hundred million of us will have emotional reactions at the same second–whether positive or negative, whether to a play, or a call, or a commercial. We will be having a powerful collective experience.

You can’t point to too many events that draw that many people into one time and “place”. Where we for a time let go of our individual “I” and become “we”. I certainly think some people take that too far, and lose perspective. But there is something undeniably fun about getting caught up in the game and the sense of unity that is leading up to it. Maybe it shows us some of the power we have as people to deeply care and celebrate. What else in our world could use the care and attention of over one hundred million of us?

Football players, especially, to me are like our modern day gladiators. I’ve had lots of intellectual, progressive, peaceful friends dismiss it as brutish and useless. And I totally get that. But there seems to be some archetypal part of us that wants to see a battle played out in front of us. In ritual space. In an arena. Maybe because it is our inner warrior that doesn’t get to come out and play much, and sports are one of the few places where it is accepted. There are little battles going on all the time within the individual, between people, and on a large scale. But often it’s subtle, or passive aggressive, or over quickly, or so drawn out that it’s hard to name. In a full-contact sports game, it’s obvious, it’s for a designated period of time, and there is a clear winner. That provides a lot of satisfaction to our warrior archetype because it involves boundaries, competition, and physicality. It is my belief that sports are one of the few culturally acceptable formats for fully embracing this part of ourselves. The military is another. Oh, and Shadow Work workshops. Where we let people access their warrior side in a safe, contained way. But back to sports.

Sporting events are also one of the only times where it is ok, and actually encouraged, to get really freakin’ excited about something. We might normally tell children to calm down, stop being so hyper. But when they’re playing or watching a game, we encourage them to let it rip. Get pumped up! Yell for your favorite team! Chant about how much you’re going to beat the other guys! You don’t have to feel embarrassed, or tone it down to fit in. Passion is rewarded. Unlike in our normal routine.

This is the same for adults too. I actually feel a little bit sad as I write this. Because I think that we generally keep our excitement and passion dulled down to fit in society. Those who don’t are seen as obnoxious, over the top. They quickly get the message that they need to dim it down to survive. I remember feeling that as a child in school. I was too talkative, too loud, too…much. Now sometimes I think I come across as more reserved than I want to. Working on letting my vibrant spirit out more!

To focus on men again, I can’t tell you how many online dating profiles I’ve seen start off with “I’m just an easy going, laid-back guy”. Really? That is your main selling point? It’s fine if you truly are a more calm personality type, but I’m not sure that’s all there is to this trend. Many men especially have gotten the message that they need to come across as calm, not intimidating, nice, safe. So they push their warrior part down, into shadow. And that warrior is an important part of attraction, sexuality. I’m realizing I could launch into an entire post just about this, but will refrain for now. Sports. Men are allowed to get excited when it comes to competitive sports. They can paint their faces orange and blue, buy special outfits, hoop and holler. They can even cry over their team. Now sometimes we’ll see people going overboard in this rare passion-allowed public space: getting in fights in the stands, shanking people in the freakin parkin lots. But for the most part it’s all in good safe fun.

So we get to be really happy, and really care about something at the Superbowl. I personally would love if we could generate similar collective consciousness around fighting for….equality, or sustainability, for instance. But this is about acknowledging what is. And it is amazing that here is one instance of adults allowing each other to LIVE loud and rough and happy. And that’s cool.

7 Responses to The Spiritual Value of Competitive Sports